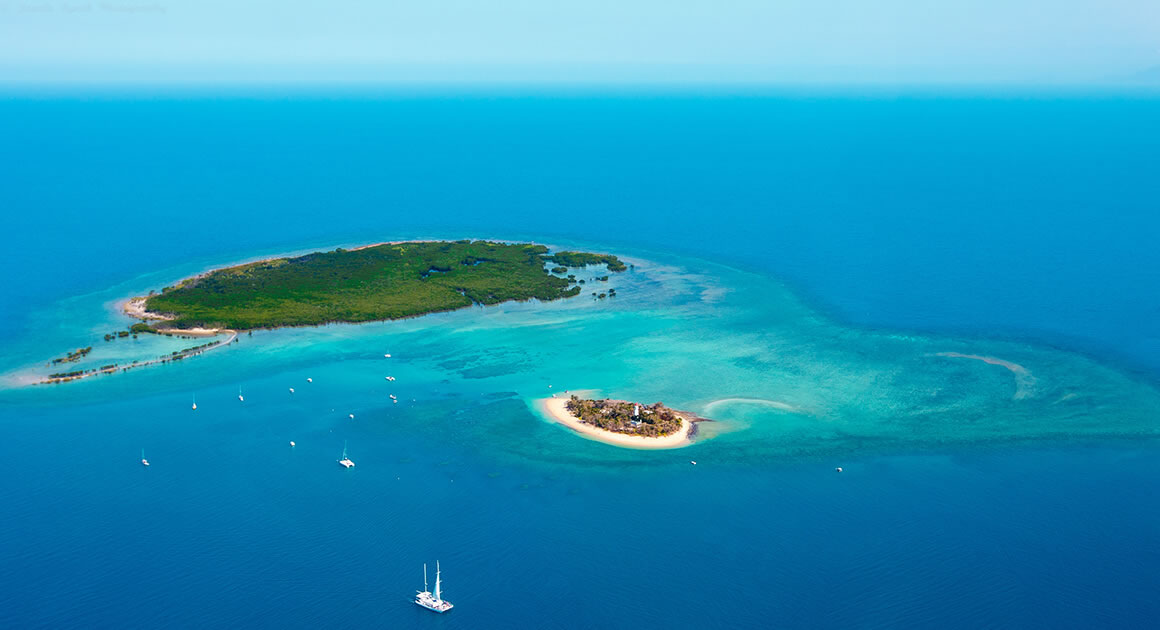 Daily commute getting you down? Tired of the hustle and bustle of the rat race? Dreaming of another, more simplified life? It’s a question that was answered without hesitation by Peter Nolan and Jane Macdonnell.

For varying reasons, many people find themselves re-evaluating their choices sometime during their lives. Perhaps it’s the discovery of more beautiful and relaxing locales whilst on holiday. Maybe it’s the desire to be contributing more to our global community. Perhaps it’s the chance to be someone other than who we currently are. Regardless of the reason, the desire to escape urban living is driving Australians to make a change with startling frequency:  Welcome to the world of Seachangers.

A ‘seachanger’ is the popular term given to people who have made a radical relocation, usually from the city or suburbs, to a coastal location. However, the term loosely covers any kind of move that involves a significant lifestyle change, with both sea-changers and tree-changers being motivated by the same reasons, the central notion being that somehow the change involves improvement in lifestyle and wellbeing.

Imagine you were offered accommodation on an island in the Great Barrier Reef, a guaranteed two-year paid contract to snorkel, beachcomb, liaise with tour operators and visitors and occasionally undertake marine life data collection for research. You’d think it was too good to be true, right? Well, not for Peter and Jane, the recently appointed caretakers of Low Isles, 15km north east off the coast of Port Douglas.

With Jane coming from commercial law and Peter from hospitality management, the move - although a definite side step from the familiarity of their urban life – was one that was taken with no hesitation.

“We’ve both moved from the Sunshine Coast where a deep love of the ocean and water activities occupied a great deal of our time, “ Jane says. “However, moving to a tropical island could still be described as a sea change. The island’s, and indeed the area’s, natural beauty was a huge drawcard for our move. We had been to Low Isles on a number of occasions previously and had been relief staff for the previous caretakers, so we were very familiar with this beautiful island already.”

HISTORY OF THE ISLAND

Situated just off the coast of Port Douglas, Low Isles is made up of two small coral cay islands surrounded by 55 acres of reef. The two small islands are separate but share the common reef. Aboriginal people know these islands as Wungkun, and is an important indigenous cultural site for both the local KuKu Yalanji and Yirraganydji tribes.

The smaller of the Low Isles is a coral cay with a lighthouse that has been operating since 1878. Located within the Marine National Park Zone of the Great Barrier Reef Marine Park, Low Isles and its historic lighthouse were registered on the Commonwealth Heritage List in June 2008 in recognition of their place in Australia’s cultural and Indigenous heritage. They also fall under the protection of the Great Barrier Reef Marine Park Authority.

The larger of the two islands - Woody Island - is uninhabited unless you count the sizeable bird population, and is also a vital habitat for many other bird species and marine wildlife. Part of the caretaker’s role on the island is to monitor these populations, reporting back to the Great Barrier Reef Marine Park Authority (GBRMPA).

There are 150 different species of hard corals in the waters surrounding Low Isles, although these are dominated by 15 species of soft corals. Living amongst the corals is a large variety of fish, molluscs, sea cucumbers and other animals. Colourful blue, green and purple parrotfish are a common sight as well as angelfish, damselfish, clownfish, trevally, sweetlip, and moon wrasse, just to name a few. As well, the island has a prolific turtle population with underwater sightings common to snorkellers.

Weather data has also been gathered from the island since 1887, and still today remains the region’s primary point of weather forecasting through the Bureau of Meteorology.

A DAY IN THE LIFE

The role of the island caretaker is quite a varied one, with the primary goal being that of environmental custodians. “We have the daily tasks of preparing the Island for the day ahead,” Peter explains. “We liaise with the tourist boat operators, educating visitors on the regulations applying to the Island, and explaining why there are such regulations. There is unfortunately rubbish to be collected daily to stop it making it into the marine environment.

“There is also quite a bit of behind the scenes work, such as monitoring the Island’s solar power supply and the sewerage treatment plant. We report regularly to the Great Barrier Reef Marine Park Authority (GBRMPA), including in relation to any compliance issues and generally matters to do with the Island,” he said.

Low Isles is also dependant on a large number of volunteers who act as support and relief for the caretakers “We also organise the volunteer activities, such as the counts of Pied Imperial Pigeons (PIP Counts) which happen monthly from September to March. There are also regular training weekends to organise for people who are interested in becoming relief caretakers who are trained to be a presence on the island for the occasional times when we’re not here.”

The island caretakers also work closely with the Low Isles Preservation Society (LIPS), a conservation group dedicated to the protection and preservation of the island and marine environment. In 1992, the Australian Maritime Safety Authority announced it was removing its lighthouse keepers from the Low Isles and automating the lighthouse. A working group of local community members organised a dedicated group of volunteers who had a deep love for the island and who would work together with marine parks to protect it.

“We are contracted to the Great Barrier Reef Marine Park Authority (GBRMPA) as the island is owned by GBRMPA on behalf of the Commonwealth Government, “ explains Jane. “The Low Isles Preservation Society is one of the groups that assist us with volunteer activities on the Island under the authority of GBRMPA. Having said that, members of LIPS, like all members of the public, are welcome to participate in the volunteer activities.”

Low Isles is the first island in the Great Barrier Reef Marine Park where the island operations are carbon neutral - the island operations are sustained completely by solar power. With an Energy Management Plan to ensure the carbon neutral status is maintained, the caretakers provide a working example of sustainability in a remote setting, ideally encouraging regular land-dwellers to recognise the many ways to combat climate change. This practice amplifies the simplicity of contribution - no-one should dismiss their actions, no matter how big or small.

“One of the biggest issues we face is simply people doing the wrong thing, most times just through lack of knowledge, so education is an important part of our job,“ Peter says.

“For instance, people don’t realise the damage they do to the coral by snorkelling too close on a low tide and touching, or especially standing on the coral.”

“As well, people leave rubbish behind, including cigarette butts left in the sand,” Jane adds. “This just amazes us that people think this is a reasonable thing to do. Realistically, this is an important reason why we are here. At least we can hopefully negate some of this negative impact and educate and encourage people to act in a more respectful and positive way towards the reef.

“It has to be said that the vast majority of people are very good and understand the importance of departing the Island as they found it, leaving only their footprints.”

The Island’s “Climate Trail”, which snakes its way through the centre, has several information stations along its route which explain several aspects of climate change such as rising sea temperatures and levels and the effects that has on our coral reefs. All the tour boat operators offer an Island Walk and these ideas are relayed back to passengers, and ideally to future visitors to Low Isles.

So, you think you’re ready to pack up all modern conveniences and live out your deserted island dreams? “There are many things to love about this job,” says Jane. “Being able to swim in the waters and be amongst the vast array of fish life, the coral and of course the many turtles would definitely be one of the greatest highlights. It is really exciting to us that even since June, there has been an improvement in some of the areas of coral.

“We can only hope this continues.”